👋 Intro and Bio
⏱ Training and Workouts
👊 Discipline
🏆 Status and Goals
🤕 Injuries and Recovery
🍎 Diet and Supplements
👍 Inspiration and Motivation
✏️ Advice and Hacks
🤝 Clients
📝 More David
We talked with David Liang in November, 2019.

David Liangs Stats When We Talked with Him 💪

My name’s David Liang, I’m 35 years old, I’m a full-time photographer/videographer working primarily in the fitness industry. I started training in April of 2004, very unoriginal story, got dumped and decided I need to improve myself.

After a while training became more therapeutic and it wasn’t a certain look/physique that I was after, but overall health in mind and body. I think that’s why I’ve been able to keep it up for so long, it’s become a part of my life rather than a means to an ends.

I decided to compete in my first show as a way of meeting athletes and networking backstage, I did my first show in 2016 the Toronto Championships and won my class. I’ve since done three more shows, taking 2nd in a regional and two 4th place finishes in pro qualifiers in 2018.

I’ve always coached myself, at first it was a money issue, but now I find it rewarding and interesting. I train five to seven days a week, five weight sessions and technically I have two off days (Wednesday/Saturday) but I like going in and having an “active” rest day. So if I can make it in, Wednesday I’ll do abs, HIT and sauna, Saturdays I’ll do arms.

I split four muscle groups between the five weight days, what means is whatever I did Monday I’ll do again Friday. The following week will rotate to another group.

I’m a fan of doing supersets, so my sessions for each group are usually 18-22 sets. The truth is I absolutely hate cardio so I like to turn my weight session into a pseudo cardio session. At 35, I try not to push harder or go much heavier. At this point, if I hurt something it almost never goes away, I start to have to baby it.

I think my lifts have increased 10-15% over the last five years. I’ve just learned to do them better.

Things like slowing down the movement, strict form, removing momentum can make a weight feel a lot heavier.

I’m currently trying to go for my pro card in Men’s physique, though next year I’ll be switching to classic physique.

I don’t plan on competing in masters ever, personally if I can’t be competitive in open I feel like I shouldn’t be on stage. That’s just a personal expectation I have for myself.

If I stop improving or see my placings slip, I’m more than prepared mentally to give up the idea of a pro card. I have many other interests to pursue. I’ve been training so long that I’m very aware of my body. I can tell what days I can push it and what days I shouldn’t, that being said I still get tweeks here and there.

To be honest, most of the pains I get these days I feel the next day and have no idea how I did it LOL, old man stuff I guess. I do find that being sedentary during an injury isn’t a good approach to healing.

Blood flow is very important and so is keeping active. So I’ll try and work light or work around the pain, as well I’ll do sauna very often to keep the blood flowing while not being physically active. I find a low carb diet is also very effective at lowering inflammation.

See also  How I Trained Hard, Gained 34 Kg and Stopped Being Too Thin

My diet’s changed a lot over the past three to four years mostly due to my competing. Prior to competing, I was pretty liberal with what I ate, I’m not a foodie, so I never had issue with cravings. Since I’ve started to compete I’ve played around with a lot of different diets, keto, vertical etc.

Currently, I’m a big fan of Stan Efferdings vertical diet, I don’t follow all his principles but it’s worth reading, there’s a lot of good ideas in there.

I also had my gut biome checked last year by a company called, Viome, they have an app that tells you where your gut needs work, in terms of gas, gut lining, digestion, etc. It’s very indepth, they also give a list of superfoods, ok and foods to avoid. Since I’ve started to eat in a way that supports my gut, I’ve found noticeable improvement in my immunity as well as my skin.

I don’t use anything during contest that I’m not normally using. Most of my supplement choices are for overall health and longevity, a lot of anti-oxidants like Alpha Lipoic Acid, NAC, Ashwagandha Extract all from NOW brand.

I do rely more on pre-workouts during prep, but particular brand though I usually look for sales. They’re mostly the same inside.

As I mentioned earlier, my diet is currently heavily influenced by Stan Efferdings Vertical Diet, he’s a big proponent of getting micronutrients from food instead of supplements. So I rely more on my food choices/diet to speed up my metabolism and support my thyroid function.

I think I watched Pumping Iron when I was 11 and instantly idolized Arnold and the whole Venice Beach scene. Though, It wasn’t until that breakup in 2004 that I was sufficiently motivated to start training seriously.

Originally, I got my routines from the Battle for the Olympia and the other Okabe DVDs, specifically Kevin Levrone’s M3. I literally used his routine for over 10 years. I think there’s a lot of great information out there, but an even greater amount of bullsh-t and pseudo science. So I think it’s incredibly important to have an open mind but also a critical mind.

Listen to information but don’t just absorb it like it’s a fact. If it’s something you want to apply, look deeper, find other sources and get a larger picture so you can make a better decision.

The other thing I would recommend is be honest with yourself. Especially if you want to compete, it’s incredibly important to have self awareness, in terms of your effort, your look, your focus, everything.

Friends and family may boost your ego but where does that leave you when you’re alone on stage? Coaches are great sources for knowledge and a critical eye, but what use is it if you’re not applying it?

At the end of the day this is ultimately a solo sport, because no one can/will be there 24/7 to watch you, so you have to watch yourself.

I’m not a trainer/coach and to be honest I think I would be terrible at that job. I’ve known some great coaches and they have traits I don’t, sympathy and patience.

I am however actively looking for clients that are interested in doing photoshoots with me. I’ve shot for brands like Six Star, Jed North, Allmax to athletes like Victor Martinez, Anjelica Teixiera, Ruff Diesel to influencers like Paige Hathaway.

I love this industry and I love my craft and now I get to do both at the same time. 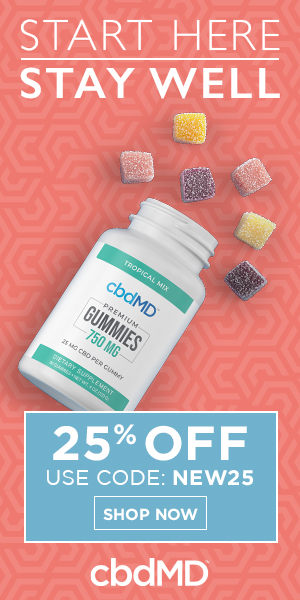