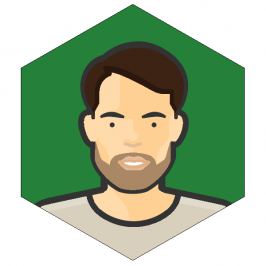 👋 Intro and Bio
⏱ Training and Workouts
👊 Discipline
🏆 Status and Goals
🤕 Injuries and Recovery
🍎 Diet and Supplements
👍 Inspiration and Motivation
✏️ Advice and Hacks
🤝 Clients
📝 More Theo
We talked with Theo Lury in December, 2019.

Theo Lurys Stats When We Talked with Him 💪

I’m based in Harrow in north west London and while most of my work is there, I train people all across London.

Fitness is half of my professional life, the other half is music. I am a drummer and singer in an Americana band The Blue Highways.

At the moment, the PT work is more a means of income to enable me to have the time and money to do as much music as possible, but should the music career come to an end or I decide to stop, I know I have something else I love in fitness as a back up.

I have been training calisthenics and bodyweight for nearly 3 years now, but only really properly in the last year or so.

For me the way I train is so much more fun than just grinding it out in the weights section all day, it’s about having fun while being super strong at the same time!

I am the strongest I have ever been in any sense though, not just calisthenics. Recent PR tests that I’ve been doing to round off the year have me (70kg bodyweight) doing: Training for me is all about fun normally. From time to time I will set specific goals, like a shred or strength phase, but mostly I am interested in learning new skills and just staying active and loose.

Most of the time when I arrive at the park/my garden/the gym I won’t have a plan of what I’m going to do besides a skill I want to work on or push, pull or legs.

I sort of just do what I feel like depending on how I want to train that day, be it explosive work, strength work, or just good old reps and sets.

Cardio is essentially non-existent in my life. I hate it. The closest thing I will get to cardio is a circuit or two to finish a workout.

I like being outdoors and sports though so summer involves lots of time at the park playing football or cricket…weather permitting! My workout ethic is all about being able to do things now and being able to them with my kids when I’m older, and then with their kids.

I want to be fit and able to run around and play with them and keep up (or even overtake) not just watch them having fun.

Best tip I can give someone is to find a form of fitness that you genuinely enjoy. There’s so many out there: calisthenics, good old gym, CrossFit, pole, dance, martial arts.

Unless you have a goal so strongly in your mind that you must achieve it, you will come to resent exercise. And listen to your body. If it needs to rest, do it. After a big push to hit some big goals for the end of the year, training has started to tail off in the run up to Christmas where I intend to eat as much as possible!

But the new year has two new goals; Handstand and Front Lever. When I was 17, I was on holiday with my family and while at the beach one day my mum noticed that I had a sort of hunchback on my right hand side. I assumed it was just some uneven lat formation as I had recently started going to the gym, but I went to see the doctor when I got home just to be safe.

The doctor was intrigued and thought it was nothing to be worried about, but he sent me for an x-ray to be safe. He assured me it was just a muscular issue concerning my scapula and that I had nothing to worry about…

And so when I went for my follow-up I didn’t expect anything and certainly wasn’t expecting the news that I got;
I had scoliosis.

My first reaction was confusion as I had never heard of scoliosis and so had no idea what this meant. The doctor explained that my spine was curved in an ‘S’ shape and my rib cage was slightly rotated anticlockwise, and that both would gradually get worse.

(He also explained it was very common amongst teenagers…..female teenagers in particular).

It looked something like this…Not the most severe curvature at all as far as scoliosis goes, but certainly not a straight spine!

After a couple of check ups I decided I wanted to have the surgery as soon as possible even though I was preparing for my A-levels.

I didn’t want to potentially take a large chunk of time off from something in the future, and although it did not cause me pain yet, my curvature was only going to get worse.

The recovery time for a healthy young person was usually 2-4 weeks until you start walking around again semi-normally, and the nurses had told me that the record was 4 days for leaving hospital so being the competitive person I am, I had my eyes set on 3.

And so, 2 weeks before the Christmas holidays began - leaving me nearly 6 weeks to recover for the new term - I had the operation.

It was a success.

8 hours after saying goodbye to my parents, I woke to see them sitting next to my bed in the ICU (normal procedure after this operation).

I was dazed and tired but smiled and chatted - morphine on tap was incredible - and fell in and out of sleep for a few hours.

When I woke up properly it was to talk to a nurse who asked if my back was in any pain and I said no, although I mentioned that my leg was hurting.

She explained that I had had pumps put around my legs as the operation keeps you prone for so long, circulation needs a helping hand. And so she loosened the pumps to alleviate my discomfort.

However, when a couple of hours went by and I was starting to ask for morphine not for my back but for my legs, the doctors finally paid attention and took off the pumps, revealing quite a surprising sight as my leg was about three times the size it should have been…

A painful trip through bumpy corridors to MRI and they were able to diagnose COMPARTMENTAL SYNDROME; put simply, a muscle in my leg was inflamed and was not going to stop growing and would soon take my leg, and potentially my life away from me.

And so I was rushed to surgery where they simply sliced my lower leg open and told me I would have to wait a week for the swelling to go down naturally. So no 3 day hospital trip then…

The following week involved a lot of sitting around. And a lot of time thinking about when I was going to get out of hospital. A skin graft as taken from my thigh and placed on my leg as they weren’t able to stitch it up as it would not go down anymore.

Once the graft had settled, I began the very long and painful rehab process of learning to walk again, which should have started 10 days earlier so my body was very confused by all of this and struggled.

It began with being helped to sit up on the edge of the bed for 5 minutes, but slowly but surely progressed onto supported standing, a zimmerframe and then crutches, which I would use for the next 3 weeks.

Flashforward to today and I have no issues, I can do everything I could do before and more!

Recovery took time and progress was slow and frustrating at times, but even more rewarding now to achieve things like my first muscle up or +45kg pull up! I would say that I have quite a bad diet on a general overview.
Tweet This Share This

I am very lucky in that I am one of those people with a very good metabolism that lets me eat whatever I want whenever I want.

However, at the same time, I have a good internal balance and understand my body. I don’t snack very often and never drink at home.

The only supplement I take is whey protein from MyProtein, I take it post workout purely as I feel it aids my recovery and enables me to train as often and as intensively as I want to.

Honestly, I would say that I have quite a bad diet on a general overview.

Lots of butter in everything and no ‘healthy’ substitutes ever, but I do think it is quite good in that it comprises of real meals which I hate when people don’t do.

What I mean by this is full meals, not just a piece of steamed protein and some steamed vegetables, I need to eat real things; lasagne, rice and curry, a roast.

My main motivation is spite in a way and proving people wrong.

A lot of people would give up after an operation like mine, and even my mum still doesn’t like or believe I can do the things I do.

But I just want to keep proving people wrong and hopefully be someone else’s inspiration.

The main people who got me into calisthenics were a couple of people; Austin Dunham and Michael Eckert who are so crazy strong and have both come a long way to get to the levels they are at now. Don’t give a damn about what other people think.

They don’t know you or your story, everyone was a beginner at some point and if someone can’t appreciate that, they’ve lost.

I get more looks in the gym than anyone cos of the weird stuff I do but I know that any gym junkie that laughs at me probably couldn’t do 5 pull ups let alone 10 muscle ups.

Yes! I am always looking for new clients. I want everyone to be able to do push ups and pull ups. Everyone can and I wanna make it happen.

There isn’t really a most common question I get from people but there is definitely just general disbelief that I don’t ‘go to the gym’.

It’s true! My training is nearly all bodyweight, and could easily be 100%, I just like to mix it up sometimes.

I’m not too big on the socials but I try and post on my Instagram whenever I can: @theoluryfitness

I try to keep it fun and factual, making light of exercise and trying to encourage people to get involved and not scare people away with smashing weights and screams. 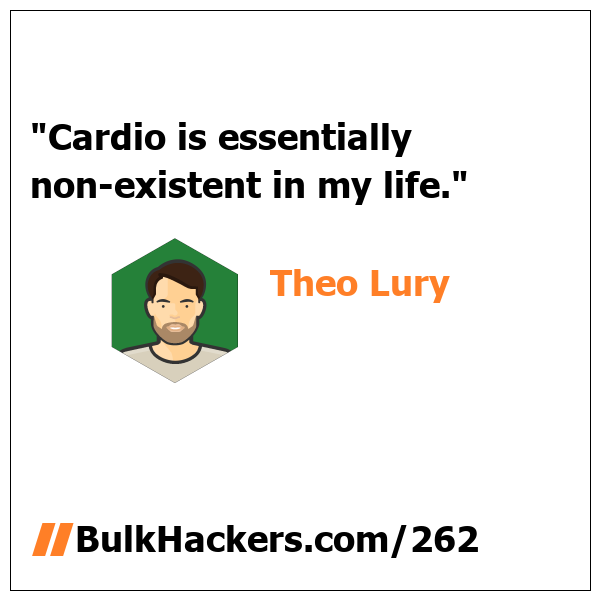 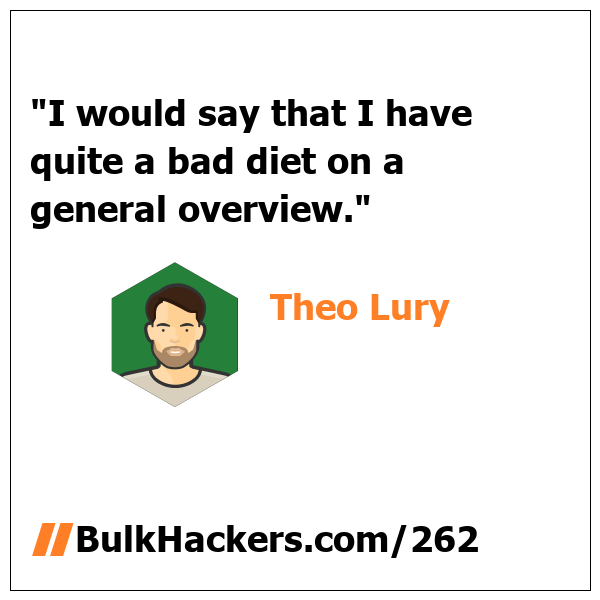 Ryan Shen
How I Went from Weight Training to Calisthenics to Achieve Muscles Mass, Strength and Coordination

Ben Palacios
How I Went From Hating Sports To Loving Calisthenics, Crossfit and Outdoor Training

Get The Bulk Hackers Newsletter